So a mate is having this problem where at random times opening a decision diamond that it will just time out spinning away and he eventually has to close the tab and/or reload it (he said close but not sure if reload works). Happens in FF and Chrome on different apps and campaigns. He thought it was normal… I told him it was not. So now I am trying to find out what might be causing this and how to fix it.

Hi Mark,
That’s never fun!
As an Infusionsoft Certified Partner, I’d be happy to see see what the problem is.
Please book a time that works for you and my team and I will take a quick look. 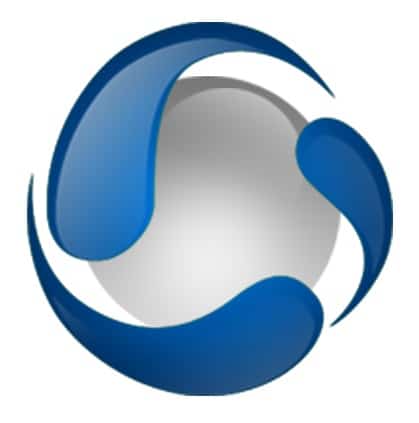 We’re excited to hear about you and your organization. Let us know the best time for you to talk.

Thanks Josh, but this is def not something another ICP can fix unfortunately. Hoping for some IFS love. I am also an ICP and so is the mate who is having the problem. Not sure why it’s not showing me as an ICP… need to get that fixed.

Mark, did your mate pop open Dev Tools in Chrome to see if any errors were reported in console?

Good morning Robert! Good suggestion… although I feel that you might have to have it running already to trap the error, unless there is a trick to that I don’t know. He mostly uses Firefox. I will suggest it to him. It’s random too which is always fun. Thanks mate.

If it’s a Javascript error of some kind, console will display that even if you opened the console after you notice the issue! Capturing network activity, that’s another story entirely…

Mark, I have often ran into issues similar to this in the past and I know it’s a frustrating one! Once when I called about this I got in touch with someone in advanced support who told me that the more complicated the decision diamond is (especially the number of sequences coming off of it) can have a huge effect on performance.

I was not told specifics, but now anything approaching 10 sequences coming off of one I try and avoid and will never do more than 12 because I have found that not only does it seem to affect how long it takes to open, but can fail to route contacts properly when the system is running slowly. Those are just my observations though, and weren’t told to me by anyone in Infusionsoft, so you may have a different experience, but breaking a large decision diamond into smaller parts should help.

I also can tell you that many times the issue for me was that the page would time out but if I chose to wait eventually it would typically load. Whenever that happened for me I would go to a coworkers computer with much more RAM and it would load without issue, so that may be an option to try as well.

Thanks David, but this problem is not that. It can happen with a brand new DD and he has waited considerably longer than I ever would fit it to load. There is every possibility it’s some kind of issue with his setup or Internet, but I don’t think he is seeing other issues that would highlight the cause.

I have DDs that have a lot of rules and branches and they do take a little bit longer to load, but still load in a few seconds for me.

Are there http posts in the process. What did the campaign history in the contacts interactive view show? Any errors or issues would usually show up there.

Not sure how that relates to opening up a DD? There are no contact issues or errors happening, just editing the campaign causing the UI to hang.

I’ve seen it actually happen that when an http post followed a DD direction that problems with the http post created long waits (presumably for failures to be retried?) which, of course, is why I asked. So I’m assuming that the same trouble doesn’t happen in campaigns that don’t have so many DD’s and that’s why we’re talking about DD’s? Just trying to make sure I understand the connection

Do you mean long waits at editing the campaign, or the contact passing through the DD? Because this issue is the former. If the former I have never seen that sort of behaviour but I will pass it on to the guy.

Right, I see that from your last comment. So my question is have you tested to see what performance there is with an equally detailed campaign that does not use any or very few DD’s? What I’m getting at (and remember, I’m coming in, in the middle here) is that diagnostically, starting with the assumption that it’s DD’s causing the issue isn’t sound. You may have tested this already but I’m asking to see where you’re at with figuring it out. There is a pattern to diagnostics and, to be honest, most people want to start in the middle which is the one place that shouldn’t be started in lol

So that’s why I asked about a comparison from a non DD campaign of reasonably equal size/complexity to compare the two with the possibility that DD’s may or may not be the actual issue. Just trying to avoid any assumptions (which is a much quicker way to answering a question lol)

Understand only too well the importance of being methodical, I generally don’t post things without going through a process (unless it’s blatantly obvious that it’s a bug). One of my first jobs in the IT world was fixing a problem at NZ Post with a webserver that even the software vendor couldn’t work out… methodical won the day (and me a tasty contract)

But I agree that we do need to try and narrow it down to see what might trigger it (e.g. copying the campaign, a brand new DD with X number of sequences attached, only DDs attached to internal forms, etc). TBH I raised this here because we can no longer raise tickets and I was hoping to see if I can get some idea from IFS as to what common things cause UI hangs while editing a campaign. Either there is something unique he is doing (copying the campaigns over) or he has something unique about his setup (Internet, PC, etc - but pretty weird to not be revealing itself in other ways)

Keep the ideas coming though… who knows maybe it’s related to how much coffee he has had??

lol love it! coffee is always to blame lol

I’m just thinking out loud but are high volume (many contacts attached) tags involved? You also mentioned copying campaigns. I can’t see I’ve seen this specifically but I’ve definitely seen campaign copies cause a lot of very weird problems. Do you know what the original campaign was? If so, are you able to check that for the same behavior? Again, just throwing some thoughts out there.

Since this appears to be an isolated incident, have you tried to isolate the computer/internet connection?

You can also watch the network activity from the console, even if the console doesn’t output any info. Look for HTTP errors which may provide a clue if something is failing with this Infusionsoft app itself.

I just have HTTPS errors ! why? Any response ?

I’m afraid that is a very cryptic question. What specifically are you referring to?